Here are all the formats that we currently support.  We are working to add new formats to this list, so if you have a format that isn’t here currently you should check again in the future. You can also contact us to suggest a specific format that you would like to see us support.

These are the formats we can currently digitize:

NTSC format VHS video cassette- Perhaps the most singularly successful video format of all time. We are able to digitize your home movies recorded on VHS, not to be confused with SVHS, DVHS, or any other derivatives that use the same, or similar, tapes but recorded in a different format.  We do not digitize commercially produced VHS tapes or tapes that include copy protection. 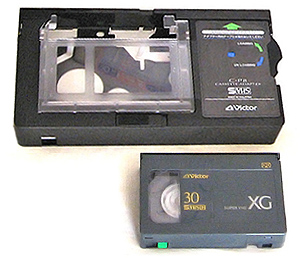 VHS-C is the compact VHS videocassette format. We are able to digitize NTSC format VHS-C tapes, not to be confused with SVHS-C which uses similar looking tapes, but uses a different signal format. VHS-C camcorders were highly affordable in the 1990’s, making the VHS-C tape a popular format for home videos.

Video8 was launched in 1984, into a market dominated by the VHS-C and Betamax formats.  One major advantage of Video8 was its compact size. Video8 camcorders are small enough to hold in the palm of the user’s hand. Such a feat was impossible with Betamax and full-sized VHS camcorders, which operate best on sturdy tripods or strong shoulders. We are only able to digitize NTSC format Video8 tapes. 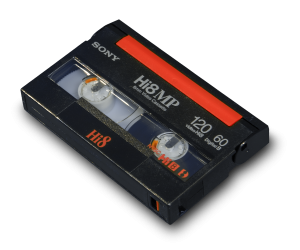 Using an almost identical cassette to Video8, but offering improved quality, Sony introduced Video Hi8 (short for high-band Video8) to compete against S-VHS. Both Hi8 and S-VHS were officially rated at a luminance resolution of 400 lines, a vast improvement from their respective base formats and are roughly equal to Laserdisc quality. We are able to digitize NTSC format Hi8 tapes while maintaining their full picture quality. 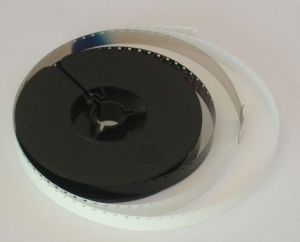 We do not transfer 8mm / Super 8mm audio- Many 8mm movie cameras didn’t support any kind of audio recording.  When audio recording was introduced, there was never a standard way in which it was accomplished.  How audio was recorded would vary from one manufacturer to the next.  As such, we are unable to capture the audio from 8mm and Super 8mm film, only the image gets transferred. 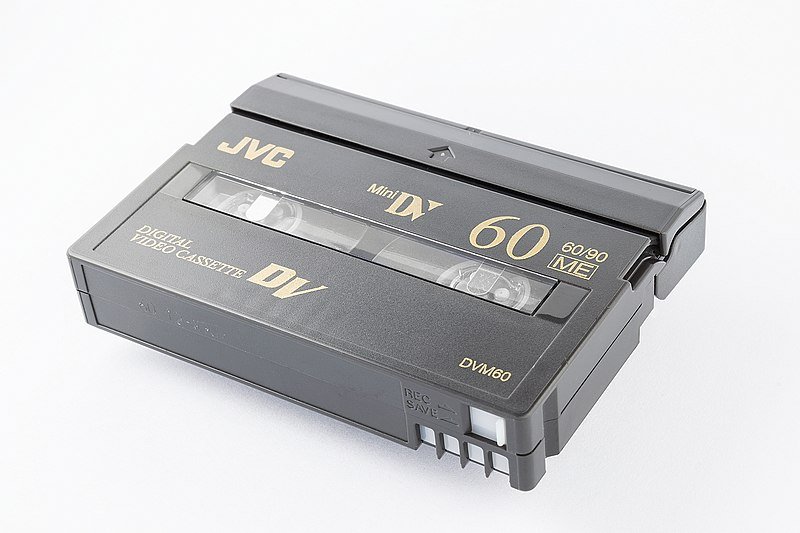 Mini DV allowed compact consumer camcorders to record broadcast-quality digital video to compact miniature cassettes.  This allowed the cameras to remain small and portable while offering uncompromising image quality.  The quality of this format was so incredible that it could even be used for professional productions, eventually ushering a knew era of compact professional and pro-sumer camcorders.  Eventually, the format was adapted to also be able to record compressed high-definition video.

We are only able to capture standard definition NTSC video from MiniDV tapes.  We are not able to transfer HDV video which could be recorded with HDV cameras to the same exact cassettes. 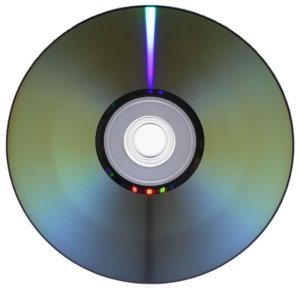 If you have home videos on already on DVD, but would like to transfer them to a downloadable digital file and/or have the video available and archived on our Magic Memories Cloud, we are able to transfer home videos from DVD.

Additionally, there were some camcorders that would record video to miniature, 3-inch DVDs.  We are also able to capture video from these discs.

We are only able to capture video from standard video DVDs and DVD-R discs.  If the video is saved as some kind of video file format to a data DVD we may not be able to capture it.  We also can not transfer video from commercially produced discs or discs that employ copy protection technology. 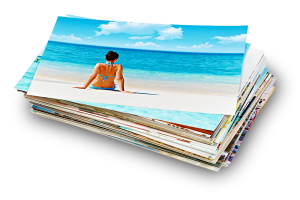 At this time we are only able to digitize photo prints.  Though we hope to offer slide and negative scanning services in the future, we aren’t quite set up for that yet.  The size of of the photo prints must be between 2-by-2 inches and up to 8.5-by-11 inches.

Thirty photographs are considered a single item.  So, for example, if you were to purchase our ten-item Magic Memories Box, that would accommodate digitizing 300 photos.

As stated above, in the format info panel for 8mm and Super 8mm film, we are unable to capture the audio (if it exists) from these formats.  This is due the various competing and incompatible methods that were used to record audio to 8mm and Super 8mm movie film.

In the beginning of 1965, Super 8 was introduced as a silent format. Over time, several companies began to offer sync sound options for Super 8 filmmaking. Two companies introduced comprehensive sound systems for Super 8. These were Super8 Sound Inc. led by Harvard film professor Bob Doyle and Optasound led by Richard Leacock at MIT. With double system, as it was called, sound and picture are recorded separately. This was fine for more professional applications and for education about film production, but for consumers it was simply too complex and expensive.

In 1973 Kodak introduced Ektasound—magnetic recording on the actual Super 8 film. The sound track was added on the edge of the film opposite to the perforations. Standard 8mm had the stripe between the perforations and the edge of the film which made good contact with a magnetic head problematic. A balance stripe was added on the opposite edge to facilitate spooling of the film. The Ektasound cartridge was deeper than the silent cartridge to allow access of the camera’s recording head. Thus, silent cameras could not accept Ektasound cartridges, but Ektasound cameras and projectors accepted silent cartridges. Projectors, that could record and play sound, appeared before sound cameras. The sound was recorded 18 frames in advance of the picture (as opposed to 56 frames for standard 8mm). This short distance of just 3 inches facilitated the relatively compact size of the later sound cartridges. Some projectors used the balance stripe to provide a second channel for stereo sound.

Super 8mm was also specified with an optical sound track. This occupied the same location as the magnetic track. Picture to sound separation in this format was 22 frames. Projectors and cameras obviously could not record sound in this system, but optical sound package movies became briefly popular, particularly in Europe (mainly because they were cheaper to produce – though the projectors cost more). Although the optical sound should have been inferior in quality to magnetic sound (running at 3.6 inches per second for 24 frames per second), in practice it was often much better, largely because packaged movie magnetic sound was often poorly recorded.